The first EU-funded project of multi-standard fast charger installation along the major spine roads across the UK and into Ireland officially inaugurated on 9 September on a motorway rest area in Coventry, UK.

The first EU-funded project of multi-standard fast charger installation along the major spine roads across the UK and into Ireland officially inaugurated on 9 September on a motorway rest area in Coventry, UK.  The Rapid Charge Network (www.rapidhcargenetwork.com) project will be installing 74 fast chargers along 1,100 km of major routes on both sides of the border. This is the first time four major automakers – Nissan, BMW, Renault and Volkswagen – have joined forces to develop a multi-standard charging network to facilitate EV drivers to charge. Each charger provides CHAdeMO, CCS and 43KW AC connectors and the network will be free of charge for all EV drivers until the end of 2015.

Budgeted over €7.3 million with the percentage of EU support at 50%, this large-scale project is co-financed by the participating companies. At the official launch, Andrew Price, TEN-T Programme Manager for the UK Department for Transport highlighted the importance of this high-visibility project as it not only brings together OEMs and stimulates the EV uptake but also because it is a project that involves the private sector for the deployment of public infrastructure, and congratulated the successful partnership.

Following that, Olivier Paturet, General Manager, Zero Emission Strategy, Nissan Europe said, “This is quite a unique project, bringing a group of EV OEMs together”, and explained the context of the project. “Through the EU project Green eMotion,” said Paturet, “we all came to the conclusion that this is the success factor to accelerate the EV uptake”.

The network will be operated by Ecotricity in the U.K. and ESB in the Republic of Ireland and Northern Ireland.  Simon Crowfoot of Ecotricity in his speech at the inauguration ceremony mentioned that it was important to focus on connecting the cities up and installing fast chargers in the service areas along the motorway. Presenting the coincidence of the average dwell time at such service areas being the same as the average EV recharge time, Crowfoot emphasised the synergy of charging service with motorway rest area and the importance of having these chargers in order to instill confidence among EV drivers so that they endeavor longer distance.

The project is managed by Zero Carbon Futures, with Newcastle University investigating areas such as changes in driving and charging behaviour, EV adoption in the areas surrounding rapid charge points, as well as understanding the contribution that the e-network will have on reducing transport emissions. The results of this initiative shall be actively shared in order to support other towns, cities and countries across Europe to develop similar charging networks. 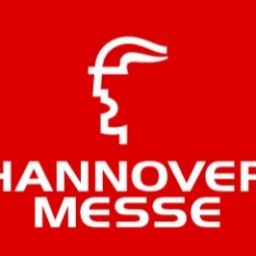 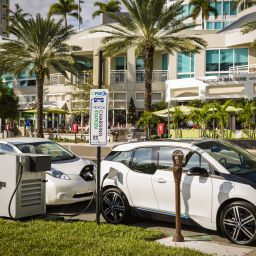 Nissan & BMW to deploy 120 chargers across the US 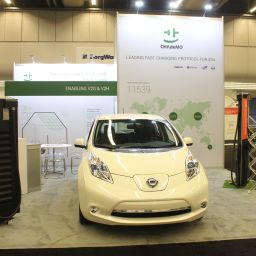 CHAdeMO at EVS29
We use cookies to ensure that we give you the best experience on our website. If you continue without changing your settings, we'll assume that you are happy to receive all cookies from this website. If you would like to change your preferences you may do so by changing your browser settings. Find out more.